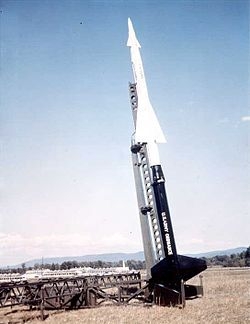 With the Cold War nearing its peak, missiles were being devloped as the (ICM) a missile with nuclear Warheads that could travel from one country-to another....in mass, and quickly getting out of hand, due to the fear the other side had more...so the Anti-Missile-Missile was developed to take them down. of course what is out there now, and being developed- is a 1000 time worse now, certainly enough to end humanity all together.