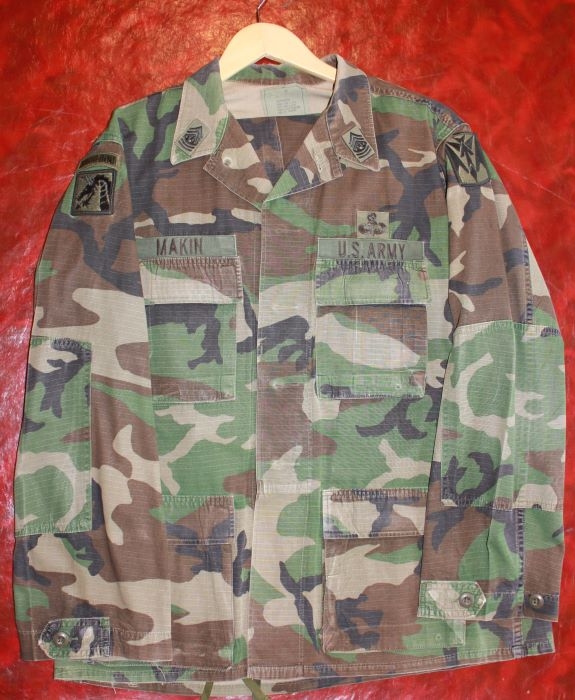 This uniform was introduces in the 80's Itm thinking it is the 4 color Woodland BDU. This Fellow is from the 35th ARDA, and like all Air Defense "Artillery units", the 35th ADA Brigade traces its lineage back to the American Coastal Artillery formations. On June 1, 1918, the 35th Coast Artillery Brigade was organized and constituted at Fort Hunt, Virginia for defense of the Potomac River. When the United States got involved in the Great War in Europe, but it was only a matter of weeks before the soldiers of the 35th were shipped across the Atlantic with the American Expeditionary Force (AEF). Arriving in France, September of 1918, in time to participate in the Meuse-Argonne Offensive. The 35th fell in around European artillery pieces and helped the Allies overcome the Hun. During the interwar period, no military innovation witnessed a more extensive development than that of air power.